It’s hard not to join the crowd of those furious[1] with the Nobel Peace Prize laureate (1991), Aung San Suu Kyi for what has happened[2] to the Rohingyas[3]. The former political prisoner of 15 years, Suu Kyi is now considered to have power and influence after her party (NLD) won the election in November 2015[4]. However, she has been seen as inadequate in preventing the slaughter of ethnic Rohingya Muslims by Myanmar’s army and Buddhist hardliners[5].

In addition to being the leader of the winning party of the election, she is also the Advisor of the State (State Counselor) and Minister of Foreign Affairs[6]. The counselor is an office that is equivalent to Prime Minister and has a 5-year term[7].  Of course, in a country which has numbers of powerful generals, I think political assessment cannot be naive. Often military members have their own agenda that is not always in line with the civilian Government in power.

President John F Kennedy was feeling overwhelmed with the agenda of his generals at the Pentagon and the CIA in the Cuban missile crisis and the Bay of Pigs invasion (1961) which brought him to the brink of starting a nuclear war with the Soviet Union[8].

Likewise, Suharto and his comrade generals built contacts discreetly with Allied parties in Kuala Lumpur and Singapore[9], when then President Sukarno was in a campaign of ‘Ganyang Malaysia’ (‘crush Malaysia’) in 1963[10].

The judgement of Suu Kyi in the case of the Rohingya should therefore always consider this delicate balance of power within the country, especially as Myanmar has been under the power of a military regime for more than 50 years[11] which also …

Nevertheless, it seems that Suu Kyi did not push back in the same way that Kennedy did when he felt he was being harassed by the hardline generals. Instead, there is an impression that Suu Kyi was part of it. She always mentions that the case of the Rohingya is violence between ethnic groups which also occurs in other ethnic groups, such as Karen[3].

In 2013 Suu Kyi even made a comment that is considered racist when being interviewed by the BBC reporter, Mishal Husain, when she bombarded her with questions about the Rohingya case:

“No-one told me I was going to be interviewed by a Muslim”, she said in the biography written by Peter Popham[6].

Moreover, there is an excerpt of Suu Kyi’s interview which showed her determination to accumulate power after she won the election:

“Above the president, I will make all the decisions because I am the leader of the winning party.”[7]

[6] Popham, Peter (2016). The Lady And The Generals: Aung San Suu Kyi And Burma’s Struggle For Freedom, see the news regarding this in Aung San Suu Kyi made angry ‘Muslim’ comment after tense exchange with BBC presenter Mishal Husain, it is claimed. http://www.independent.co.uk/news/people/aung-san-suu-kyi-reportedly-said-no-one-told-me-i-was-going-to-be-interviewed-by-a-muslim-after-a6951941.html and ‘No-one told me I was going to be interviewed by a Muslim’: Moment Burma democracy heroine Suu Kyi lost her cool with BBC’s Mishal Husain after being quizzed over violence towards Muslim minority. http://www.dailymail.co.uk/news/article-3508710/Moment-Burma-heroine-lost-cool-Today-s-Mishal-Suu-Kyi-s-anger-no-one-told-going-interviewed-Muslim-heated-questioning-BBC.html#ixzz4sX5jfsGE

[7] Suu Kyi (2015). Aung San Suu Kyi vows to make all the decisions in Myanmar’s new government – as it happened. https://www.theguardian.com/world/live/2015/nov/10/myanmar-election-aung-san-suu-kyi-nld-historic-win-live

… to be a President because both her children hold a British passport[1], she considers herself more powerful than the President[2].

Thus, how does this have anything to do with Megawati?

In a different context and detail, we Indonesians also have experienced a situation where the icon of the democratic fight, who was once repressed by the New Order (and met its peak in the event of 27 July 1996), was not reliable and did not fulfil their promise of being a non-violent problem-solving agent.

Even though she won the election in June 1999 with 33 about 34 percent of the vote[3], the Chairperson of the PDI-P, Megawati Sukarnoputri was aware that it did not automatically make her president since at that moment the president was still elected by the People’s Consultative Assembly[4].

Then in her victory speech in Lenteng Agung, July 29, 1999, she continued her campaign and burst into tears[5]:

“For the people of Aceh, if I am trusted to lead the country, believe me, Cut Nyak will not allow a single drop of blood hits the land of Rencong, which has great merit in promising the independence of Indonesia. For you all, I will give my love. I will give the outcome of your Arun so that the people can enjoy how beautiful Porch of Mecca is if built with love and responsibility for our fellow citizens of Indonesia.”

Not only addressing the Acehnese, who had experienced the bloody operation under the code name of ‘Red Net’ from 1988 to 1998, Megawati also had some words for Papua:

But we all know what has happened later, as been written in our history. After she replaced Abdurrahman Wahid, who took the road of peace and cultural diplomacy in handling Aceh[6], President Megawati sent 40,000 soldiers to Aceh on 19 May 2003 …

For the video of the mentioned speech please visit https://youtu.be/QfJ_S54JxMU started from 03:00

8 Semi-Opponents in Power: The  Abdurrahman Wahid and Megawati Soekarnoputri Presidencies.

… and announced the status of martial law[1], which spilt much more than one single drop of blood there.

It was most likely that she followed the rhythm of the drum played by the generals and the diplomats who tailored the war in Aceh by leaving series of international negotiations deadlocked[2], even captured the Aceh Movement Organisation’s negotiator, which reminded me precisely like Dutch General De Kock did when he caught Diponegoro during the negotiation process in the Java war during colonial times[3].

As a producer in Liputan6 SCTV at that moment, the footage of Megawati’s speech in Lenteng Agung on 29 July 1999 was the one that I looked for when I made a review of the martial law in Aceh.

According to the digital catalogue, the recording was in one of Betacam cassettes in the library.  I sought for it in racks of tapes, and yet I could not find it.  The librarian was also confused because that tape was not on the lending list. I insisted the tape be found immediately.

Some senior journalists then tipped me off that the tapes contain sensitive material has always ended up ‘missing’ in Indonesian televisions’ libraries, let alone the recording of the speech of a politician who becomes president.  Hearing that, the librarians and I became even more active in looking for it.  We looked in every corner of the library and the editing room, with faith that it was most unlikely the tape was smuggled out as the Martial Law was announced early in the morning and I only mentioned about the tape in the afternoon editorial meeting.

After hours of seeking, finally, the tape was found on the top of a shelf. We could only see the tape after the librarian climbed up a chair. There were no other tapes in there, only that tape.  When we played it back, it was exactly in Megawati’s speech section. (One tape lasts up to 90 minutes, usually consists of a variety of events).

Luckily, someone uploaded that historic speech to Youtube, although it is incomplete.  The speech about Aceh can be viewed from minute 03:00[4].

Arun gas field sharing, which she mentioned, was only included in the Aceh Government Law after the Helsinki peace talks[5], August 2005, and even these negotiations were forced by the tsunami, and not based on political will[6].

[4] For the video of the mentioned speech please visit https://youtu.be/QfJ_S54JxMU started from 03:00

[5] See the Memorandum of Understanding between the Government of the Republic of Indonesia and the Free Aceh Movement, article 1.3.4.  https://www.consilium.europa.eu/uedocs/cmsUpload/MoU_Aceh.pdf

As for Papua, Gus Dur, who has never campaigned for president or weeps in front of cameras, in fact, implemented humanitarian diplomacy in Papua. The Morning Star flag could be raised as a cultural symbol[1], and he permitted the Papuans to hold the Papuan People’s Congress[2].

But when replaced by Megawati, the approach to Papua suddenly changed. The generals who complained during the time of Gus Dur were again given an opportunity to discharge their libido of “nationalism and patriotism”.

In November 2001, during Megawati’s presidency, a political murder of Theys Hiyo Eluay happened[3].  Theys was the leader of the transformation in Papua, from physical resistance to political diplomacy[4].

[3] Hedman, Eva-Lotta, ed. (2007). Dynamics of Conflict and Displacement in Papua, Indonesia: A collection of papers developed in conjunction with a one-day workshop held on the 26th October 2006 at St. Antony’s College, Oxford, Refugee Studies Centre, The University of Oxford, pp.8-9 http://www.conflictrecovery.org/bin/RSC_WP42_sep07-Dynamics_of_Conflict_and_Displacement_in_Papua_Indonesia.pdf

Thus, until now, the so-called “the coming of the victory day is not far away” has the shape of a massive capture that has never happened before in history.

Right after Megawati’s party returned to power through PDIP’s victory and the election of President Joko Widodo whom she called “party officers”  (as Suu Kyi asserted her power), the number of arrests of citizens in Papua rocketed to 1,083 people, higher than the number arrested by President SBY (2013).

Even according to the records of LBH Jakarta and Tapol, between April and June 2016 alone, there were 4,198 Papuans arrested in various places in Indonesia for expressing their political aspirations.

[1] See the Memorandum of Understanding between the Government of the Republic of Indonesia and the Free Aceh Movement, article 1.3.4.  https://www.consilium.europa.eu/uedocs/cmsUpload/MoU_Aceh.pdf

[1] Hedman, Eva-Lotta, ed. (2007). Dynamics of Conflict and Displacement in Papua, Indonesia: A collection of papers developed in conjunction with a one-day workshop held on the 26th October 2006 at St. Antony’s College, Oxford, Refugee Studies Centre, The University of Oxford, pp.8-9 http://www.conflictrecovery.org/bin/RSC_WP42_sep07-Dynamics_of_Conflict_and_Displacement_in_Papua_Indonesia.pdf

Posted by Lieve LeNa on September 16, 2017 in Uncategorized

END_OF_DOCUMENT_TOKEN_TO_BE_REPLACED

Posted by Lieve LeNa on September 14, 2017 in Uncategorized

I need to be in love

I used to say “No promises, let’s keep it simple”
But freedom only helps you say goodbye
It took a while for me to learn that nothing comes for free
The price I paid is high enough for me

And fool enough to think that’s what I’ll find

So here I am with pockets full of good intentions
But none of them will comfort me tonight
I’m wide awake at 4 a.m. without a friend in sight
I’m hanging on a hope but I’m all right 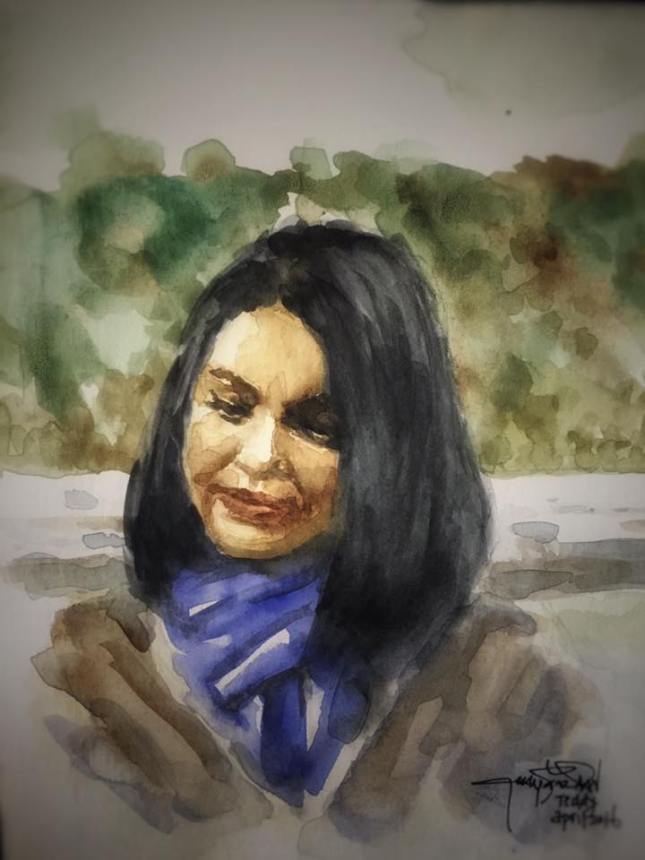 Oh, I start again go back to one
I’m running things in my way
Can’t stop me now I’ve just begun
Don’t even think about
It there aint no way about it
I’m taking names go down the line
Yes I’m gonna take my turn
It’s time for me to Finally stand alone
Stand alone

(Try it on my own ~ Whitney Houston)

Posted by Lieve LeNa on April 24, 2016 in Uncategorized